VAT Newsletter 52/2018
The current ECJ judgment in the legal case baumgarten sports & more GmbH is a welcome relief for taxable persons as regards transactions involving payment by instalments (ECJ, judgment of 29.11.2018 – C-548/17). Even if taxable persons are subject to taxation based on agreed consideration, they will, in the future, be able to avoid having to pay VAT en bloc to the tax office at the time the (first) supply is rendered. Therefore, under certain conditions, the supplying taxable person will no longer have to pre-finance VAT in the case of such transactions.
1 Background
The ECJ judgement in the legal case baumgarten sports & more GmbH was eagerly awaited by experts. The German Federal Fiscal Court referred to the ECJ fundamental questions in connection with taxation based on agreed consideration (sec 13 para 1 No 1 letter a, sec 16 para 1sentence 1 of the German VAT Act (German Federal Fiscal Court of 21.06.2017, V R 51/16). In particular, the ECJ was asked to decide whether a supplier could be obliged to make an advance VAT payment, for a period of several years, in the case of taxation based on agreed consideration. Compared to a taxable person who is subject to taxation based on received consideration (sec 13 para 1No 1 letter b, sec 20 of the German VAT Act), this treatment could be viewed as being unjustified and unequal. With its now published decision, the ECJ responds briefly but clearly (ECJ, judgment of 29.11.2018 - C-548/17 baumgarten sports & more GmbH).
2 Facts
The Plaintiff operated a professional football player agency. It taxed its transactions based on agreed consideration. When a player was successfully placed in a club, the Plaintiff received a commission from that club. The commission was conditional on the player signing an employment contract with the club and holding a license issued by the German Football League (Deutsche Fußball Liga GmbH). The commission payments were to be paid by the clubs in instalments over the term of the employment contract. The commission payments were subject to the condition that both the player’s employment contract with the club and the license from the German Football League were maintained. The tax office assumed that the Plaintiff was required to pay the full VAT amount on its supplies of agency services rendered in 2012 in the same year, namely 2012. The Plaintiff argued that the commission payments for the year 2015 were, at the time, uncertain and the VAT payable on them was chargeable only when the commission payments were actually received.
3 Decision
The ECJ ruled in favor of the Plaintiff. In the case of a supply of this kind, which was paid in conditional instalments over several years subsequent to the actual placement, the taxable event only arose on expiry of the periods to which the payments made related. Here, the ECJ refers to Art 64 para 1 of the VAT Directive. It provides that supplies which “give rise to successive statements of accounts or successive payments, […] shall be regarded as being effected on expiry of the period to which the statements of account or payments relate”. The ECJ left it for the referring court to examine whether the supply, in terms of Art 64 para 1 of the VAT Directive, was actually given in the present case. However, the ECJ itself assumed this to be so.

4 Consequences for the practice
By referring to Art 64 para 1 of the VAT Directive, the ECJ found a simple but convincing solution in this case. When referring the case, the Federal Fiscal Court had not taken this rule into consideration. The Federal Fiscal Court asked the ECJ whether Art 63 of the VAT Directive could be interpreted restrictively to mean that the amount receivable is due or unconditionally owed in order to regard the supply as having been completed. According to German law, however, it was left open to question whether the supplies rendered by the Plaintiff would have to be classified as partial supplies (sec 13 para 1 letter a of the German VAT Act).

In practice, the judgment is relevant for far more entrepreneurs than it is for professional sports agencies. Actually, this decision should be kept in mind in terms of all transactions involving instalment payments. In particular, certain forms of leasing and also constellations of hire purchase should be considered as potentially being affected. By means of this judgment (and corresponding contract design) a full VAT payment obligation, at the time of the supply will, in the future, be avoidable. However, the respective supplies must “give rise to the successive statements of account or successive payments”. Only in such cases does the wording of Art 64 para 1of the VAT Directive apply. Therefore, in our opinion, it is too early to start talking about the “end of taxation based on agreed consideration”. 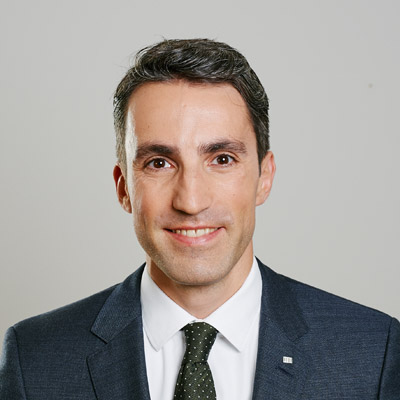