A look across the border

VAT Newsletter 01/2013
Due to the mandatory adaption of Invoicing Directive 2010/45/EU, all EU member states had to amend their national VAT laws by the end of 2012. In addition, VAT rates are rising again and some other amendments require reporting.

All EU member states were obliged to adapt their national VAT laws in response to Invoicing Directive 2010/45/EU which amended VAT Directive 2006/112/EC. The most significant amendments were as follows:

The EU member states were required to adopt the amendments by 31 December 2012. Thus, most of them only just implemented the changes to their respective national VAT laws at the end of 2012. The limited scope of this newsletter means that we are unable to provide comments on these issues in the following overview of the amendments in the various countries.

Besides the mandatory adaption of Invoicing Directive 2010/45/EU, two additional amendments of the rules on invoicing have been implemented by decree no. 112/2012. With effect from 1 January 2013, invoices must be numbered with a specific and unambiguous reference. As a consequence, the invoice numbers shall not be progressive for each calendar year anymore. Furthermore, the VAT identification number of the customer always has to be mentioned in the invoice.

With effect from 1 January 2013, all taxable persons registered for VAT in Portugal are required to report certain sales invoice information, on a regular basis, to the Portuguese tax authorities. For example, the tax numbers and the tax base, as well as the VAT amounts, have to be reported. The declarations have to be filed on a monthly basis by the 25th day of the following month. The filings can be made via a web service by using specific software, by submitting XML-files or by entering the data manually on the homepage of the tax authorities.

The intended amendment of the Polish VAT law was not fully implemented at the end of 2012 but will be realized in several phases. With effect from 1 January 2013, the following particular amendments have been implemented due to Invoicing Directive 2010/45/EU:

As a second step, further changes will become effective on 1 April 2013. The most relevant amendment will be the limitation of the reverse charge scheme for local supplies within Poland. The liability to pay the VAT will no longer be shifted to the customer if the supplier is not established in Poland but registered for VAT purposes. It will still be a requirement that the customer is established in Poland. 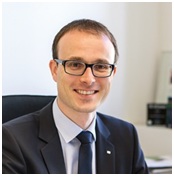