Tax evasion in the trading of CO2

VAT Newsletter 02/2013
It was not until the raid of the Deutsche Bank in Frankfurt am Main (Germany) in December 2012 that everyone first started talking about CO2 emission certificate tax evasion. Tax, in an amount exceeding EUR 260m, is said to have been evaded. Six defendants were sentenced to long-term imprisonment following the Frankfurt am Main Regional Court’s first judgment. The Federal Court of Justice rejected the defendants‘ appeals. Further criminal proceedings are pending.

According to a statement released by the Federal Court of Justice on 14 January 2013, six defendants were sentenced to periods of four and seven years’ imprisonment for several cases of tax evasion. The object of the lawsuit was an international tax evasion scheme involving the trading of CO2emission certificates, during the course of which operation, more than EUR 260m of VAT was evaded.

According to the European emission trading system, operators of installations subject to emissions trading receive a specified amount of emission allowances, (also called emission certificates), for a defined trading period. This system is based on a European directive. These electronic emission certificates are kept at national registration authorities (in Germany at the German Emission Trading Agency), and entitle operators to emit certain levels of CO2 or other greenhouse gases. These certificates can also be sold. Trading might take place online using electronic emission trading accounts at the national registration authority. By using this form of trading, it is possible to easily transfer significant numbers of certificates within seconds. An entrepreneur who trades with such certificates was able to reduce his own VAT or even qualify for a tax refund by claiming the VAT stated on the seller’s invoices, according to Sec. 15 of the German VAT Act, as input tax in his VAT returns.

The defendants took advantage of the “weakness” in the (former) system. They set up a tax evasion system using a model derived from other trading activities: In a supply chain of several buyers and sellers, the emission certificate is initially being sold to a first domestic acquirer (known as the “missing trader”). The missing trader then sells the certificate, at a slightly higher price, to a middleman (known as the “buffer”). It is also possible for several buffers to be interlinked. Eventually, the (last) buffer sells the certificate, again at a slightly higher price, to the final domestic acquirer of the supply chain (known as the “distributor”).

According to the Regional Court’s findings, the defendants partly served as missing traders and partly as buffers. The missing traders did indeed hand in their VAT returns but “neutralized” their tax burden by offsetting input taxes from the fake invoices (from companies without service provisions). The buffers each claimed input taxes from the missing traders’ issued invoices with VAT. The Regional Court’s findings also indicated that a well-known German bank served as the distributor in these cases which are the subject of the lawsuit. The bank bought emission certificates from the buffers by having a bank’s employee state how many certificates the bank intended to buy and at what price. The buffer then asked his supplier for the certificates and the purchase only took place after the resale was assured. The buffer only made payments to his supplier after he, himself, had received the sales price.

4. Conviction due to tax evasion

The Regional Court Frankfurt am Main has confirmed the facts of the case and the actions of the parties involved to amount to deliberate tax evasion (Sec. 370 of the German General Fiscal Code) with respect to each of the VAT returns of the respective companies. The Regional Court has justified its decision that the claimed input tax, amounting to more than EUR 260m, from the invoices of the alleged “suppliers” was evaded by referencing the Federal Court of Justice’s jurisdiction (Federal Court of Justice, decision of 8 February 2011 – 1 StR 24/10), as there was no entitlement to deduct input tax: Provided that there are fake invoices from nonexistent companies, the entitlement to deduct input tax according to Sec. 15 of the German VAT Act is not given, as there is a lack of business operations from both the invoice issuer and recipient. All of the defendants knew about the possibility of committing tax evasion but nevertheless took part with a view to personal financial enrichment.

The Federal Court of Justice rejected the defendants’appeals in its decision of 21 November 2012 (1 StR 391/12). The Court’s review of the lawsuit revealed no error of law leading to disadvantages for the defendants. Special mention was made of the fact that it is not the duty of the tax authorities to intervene immediately they become suspicious that a tax fraud may be in the process of or in danger of being committed, thereby effectively preventing the offence from taking place. This was argued by the defendants in their case, namely that the tax authorities omitted, for tactical reasons, to intervene and instead granted tax rebates according to Sec. 168 sentence 2 of the German General Fiscal Code. Criminals have no right to intervention by the tax or investigative authority “in time” to prevent them committing fraud (press release by the Federal Court of Justice of 14 January 2013).

7. Criticism raised against the Federal Court of Justice’s jurisdiction

The assumption by the Federal Court of Justice of complete tax evasion having been committed, despite indications that the tax authorities knew about the existence of the underlying facts, might be understandable in cases of Sec. 168sentence 1 of the German General Fiscal Code. However, the Court’s reasoning is not safe in the instance where the tax authorities pay input VAT surpluses according to Sec. 168 sentence 2 of the German General Fiscal Code despite their knowing of the existence of possible tax evasion activities. By paying the input VAT surpluses, the tax authorities suggest to the entrepreneurs involved that their business activities are considered to be fiscally harmless. If refund of input VAT continues along with issuing tax clearance certificates, the authorities may be said to be consistently and deliberately leading the entrepreneurs in the wrong direction. Of course, entrepreneurs involved in a VAT fraud carousel acting deliberately or with gross negligence should not enjoy special protection. However, matters are quite different when trusting entrepreneurs unwittingly blunder into a VAT fraud carousel and the tax authority outwardly expresses consent though inwardly the situation is evolving quite differently.

The German legislature reacted very quickly in response to the tax fraud by extending the reverse-charge scheme to the supply of emission certificates. By means of the EU-Implementation Act, a new no. 6 in Sec. 13b para. 2 of the German VAT Act was introduced as of 1 July 2010. Thus, the reverse-charge scheme is extended to the supply of emission certificates, provided that the recipient is a taxable person. Tax evasion has not since been possible as now VAT liability and input VAT deduction coincide. 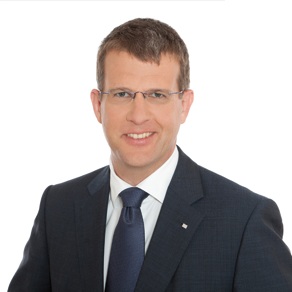