Deduction of input VAT by shareholders

VAT Newsletter 03/2013
The Supreme Tax Court’s V and XI Senate currently hold diverging views on VAT deduction by shareholders. While the XI Senate construes the European Court of Justice’s statements in the case of Polski Trawertyn quite widely, thereby making VAT deduction easier, the V Senate adheres to its restrictive interpretation. The European Court of Justice will have to clarify these interpretation issues.

From a VAT perspective, the relationship between shareholders and companies is often prone to problems. This also applies with respect to the question of VAT deduction. If a shareholder brings assets into a company or if he allows the company to use them, it is questionable whether the shareholder can deduct VAT from the asset’s acquisition costs. Recently, certain pre-existing difficulties have become particularly threatening. Even the Supreme Tax Court’s two “VAT Senates” are divided over the application of the law. The different applications of the law by the Supreme Tax Court’s V and XI Senate become apparent in the following case:

1. Case before the XI Senate

2. Request by the XI Senate to the V Senate

The Supreme Tax Court’s XI Senate intended to grant the shareholder the VAT deduction. However, such a decision derogates from the V Senate’s jurisdiction. The V Senate has previously denied VAT deduction in circumstances where a shareholder purchased assets outside of his usual economic activity in order to bring them into the company. For this reason, the XI Senate asked the V Senate by order of 14 November 2012 (file no. XI R 26/10) using what is also called a “divergence request”, if the V Senate intended to alter its former legal opinion.

3. Reasons of the XI Senate for the intended derogation

4. Reaction of the V Senate

By order of 14 November 2012 (file no. ER-S 2/2012) the V Senate rejected derogation from its jurisdiction by the XI Senate. The V Senate has adhered to its former jurisdiction. According to the V Senate, the European Court of Justice’s judgment in the case of Polski Trawertyn could not be transferred to the case at hand as it did not contain statements regarding the following issues:

The V Senate indicated that it is the European Court of Justice’s duty to clarify existing interpretation doubts.

As the different opinions of the V and XI Senate indicate, some questions regarding VAT deduction by shareholders remain unanswered. In contentious cases, tax assessments should be kept “open” and the development in this area should be observed. The “shaping of law” should focus, in particular, on VATrelated consequences if the shareholder brings an asset into the company or allows the company to use it. If a shareholder purchases an asset, he could possibly use it for own taxable supplies for a short period of time and then permit the company to use it in return of payment. 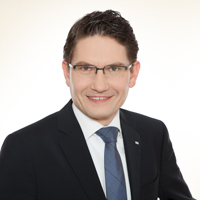