The activities on a supervisory board or other comparable corporate boards are generally subject to VAT. According to the tax authorities, this also applies in cases where the mandate is exercised on the instructions of the employer. Lack of understanding in fulfilling VAT obligations arises, in particular, if there is an obligation to pay mandate remuneration to the employer, to tolerate a corresponding payroll or even forego any mandate remuneration from the outset.

According to sec. 2 of the German VAT Act, a taxable person is a person who independently carries out an economic activity. The decisive question is, when does a member of the supervisory board become independently economically active. Referring to the Federal Fiscal Court’s case law, the tax authorities came to the conclusion (probably as a result of following the income tax law according to sec. 18 para. 1 no. 3 of the Income Tax Act), that serving as a member of the supervisory board is deemed to be self-employed (see the Federal Fiscal Court’s judgment of 20 August 2009, V R 32/08, Federal Tax Gazette 2010 II page 88).

Special privileges are granted by the tax authorities to ministers, state secretaries, officials and other workers in regional authorities, who have taken on this activity at the request of their employer and are obliged to pay remuneration in total or partly to the employer according to civil service regulations or other public service regulations (see Regional Finance Office Frankfurt of 04 October 2013, DStR 2014 page 428).

The reasons for refusing the capacity as a taxable person are convincing as the supervisory board activities are so closely related to the employment in these circumstances that the activities have to be considered as part of the employed activity. The appointed officer does not act on his own account. He also does not exercise his activities under his own responsibility (see sec. 2.1. para.1 of the German Administrative Circular).

It remains unclear why this special privilege will only apply to officials and government members as, according to the Regional Finance Office Frankfurt, this privilege will not apply for all other members of supervisory boards.

Outside the public sector mandates bound by instructions are not always connected to an obligation to pay the supervisory board remunerations. Operating groups especially are often exercising as models of offsetting and renunciation. The economic result is identical: The supervisory board does not effectively earn any revenue from the mandate – either way, the salary received for activities performed as an employed person under the rules of the employment contract remains. Nevertheless, designated members of the supervisory board have to meet all VAT obligations in their capacity as taxable persons.

In our view, there are not only general doubts regarding the entrepreneurial capacity of the designated supervisory board concerning the independence of exercising their mandate but obviously there is also a lack of intention to earn revenue from a mandate bound by instructions. This becomes even clearer when looking at the model of renunciation, where the designated supervisory board foregoes any remuneration for the supervisory board from the outset. The tax authorities overcome this hurdle by means of an artificial remuneration. This non-existent remuneration consists of a compensation entitlement set out in the statutes.

In our view, there is noobjective justification for the different VAT treatment of supervisory boards bound by instructions in the public sector and those in the private sector. If officials and members of the government are no longer considered to be taxable persons when having a partial obligation to pay their supervisory board remunerations, this should also apply for other cases acting on the instructions of the employer with full obligation to pay, a settlement obligation or a waiver of remuneration according to the principle of equal VAT treatment. 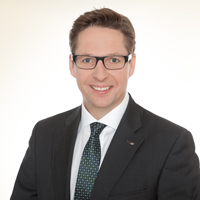